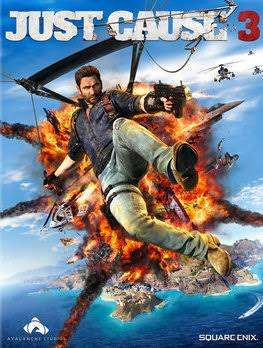 Just cause 3 makes no apologies for its outrageous nature. It’s a power fantasy in every sense of the phrase, placing you in a world rife with destructible environments and giving you creative instruments with which to destroy them. There are intermittent technical problems, and scripted moments detract from the freedom found elsewhere, but in the end, Just Cause 3 provides a spectacular, explosive sandbox experience.

The plot revolves around returning protagonist Rico Rodriguez, who’s arrived in the fictional Republic of Medici during the height of Sebastiano Di Ravello’s military dictatorship. The story here is forgettable, but delivers an effective invitation: dozens of military installations cover the world map, and it’s your job to blow them up for the rebel forces.

Rodriguez himself is a mashup of masculine action stars and comic book characters, so it makes sense that I often felt like a superhero in his shoes. By supplying you with a wingsuit, parachute, and grappling hook, Just Cause 3 gives you an effective means of transportation, as well as a smooth, nuanced traversal system.

There is a steep learning curve, but with practice, I was leaping from helicopters, gliding through enemy bases, and floating over farmland with ease. It’s thrilling to leap from a cliff, free-fall for 10 seconds, grapple to a nearby rock, and use the momentum to launch back into the air with parachute deployed. Rico actually felt like a hero learning his new skillset. It’s as if Avalanche Studios combined Batman, Spider-Man, and The Punisher, and thrust its creation into a vivid Mediterranean landscape.

What follows is a collision of spectacle and scale. Helicopters dot the sky. Explosions chain across the screen. Combining a parachute and grenade launcher transforms Rodriguez into a floating artillery battery from above. In a world teetering toward total destruction, Just Cause 3 grants you the tools to push it over the edge.

The traditional grenades, remote mines, and numerous land, air, and sea vehicles are all on call in the rebel arsenal. Then there’s the tether: this grappling hook modification attaches two separate objects, and flings them toward each other, often with hilarious results. Rodriguez can reel enemies toward explosive barrels, collapse watchtowers, and pull attack helicopters into a fiery end. It’s a testament to this game’s creativity that guns were my last resort.

There’s a sequence in Just Cause 3 in which a fleet of helicopters pursue you over a mountain range. In any other game, I may have resorted to the RPG slung across my back. But in keeping with this game’s lack of convention, I grappled to the nearest attack chopper, pulled the pilot out, and assumed control in his place.

But that somehow still felt too normal. So I evacuated my helicopter mid-air, opened my wingsuit, glided toward another nearby enemy, and grappled to his chopper door. By repeating the process, I ditched helicopter after helicopter, sending both pilots and machines soaring into the mountain range below, all without firing a single shot.

The game provided no hint to this approach. I just devised a plan and watched it unfold. Just Cause 3 doesn’t nudge you in one direction or the other–it shows you the possibilities, and gets out of the way.

Like all of Just Cause 3’s best moments, the tether encourages experimentation, rather than thoughtless reaction, and as the hours passed, the destruction remained creative and unpredictable. New domino reactions and car crashes were always on the horizon. It’s a small mechanic, but its effects can be massive, and it encapsulates what makes Just Cause 3 so fun. Even now, after 30 hours in this idyllic sandbox, I’m sure I haven’t seen every use for the tether.

And just when it seems the well of experiments might be running dry, Avalanche Studios adds variety to proceedings. As you liberate new provinces from enemy hands, challenges pop up across the map, including vehicle races, machine gun score contests, and wingsuit dives. They’re fun on their own, but they’re also well worth pursuing. By completing these, you’ll unlock new gear mods, which change the functions of certain items.

While some of these are minor, such as increased grenade capacity or a nitrous boost for vehicles, others reveal dynamic new ways to experiment in Just Cause 3’s sandbox.

Take the rocket boost mines, for example. Whereas previous iterations of the device just detonated at a chosen time, this modification sends objects careening into distant structures before exploding. I used this on cars numerous times, creating two-ton bombs that flew toward enemy fuel tanks with increased velocity after I dove from the driver’s seat.

This cascading structure is what makes Just Cause 3 so great. There’s a cadence to how you approach its world: outpost liberation leads to challenges, which leads to gear mods, which leads to experimentation. And more often than not, each tier of this formula is entertaining in itself. That each flows so well into the next makes the overall experience all the more rewarding. Just Cause 3 excels because it adds variety to the equation throughout, making destruction and mayhem entertaining far past the early hours.

However, Just Cause 3 does deviate from its open-world freedom at times, and when it does, it falters. The scripted story missions progress the plot, but the actual gameplay involved is repetitive at best, and broken at worst.

The vast majority of these tasks are escort missions, in which you defend a plane, or boat, or caravan of jeeps. Protecting another character can be tiresome to begin with, and because their behavior is unpredictable and often unintelligent, I restarted checkpoints far more than felt fair. Halting progress because of my own mistakes is one thing, but when it was out of my hands, my patience grew thin.

Just Cause 3 is also filled with bugs and other rough edges. The parachute closed at random, cars disappeared while moving, and AI behavior made several story objectives impossible for a short time. One mission required me to steal a prototype combat tank from Di Ravello’s forces, and extract it by boat to the hidden rebel base. However, the boat was too far from the dock for me to board it, and I had to reload the previous checkpoint. It repeated the same mistake twice more after that.

For a game that places death front and center, it was often inconsistent with whether I should die. I’m happy Just Cause 3 is lenient with its falling damage–considering I’m in the sky more often than not–but I survived a 500-foot fall at one point, only to die from a shorter one soon thereafter. These mishaps would be easy to overlook if they didn’t disrupt an otherwise fluid experience too often.

When Just Cause 3 is consistent, however, it’s a stunning display of cause and effect, as watchtowers topple into fuel tanks, which blow up nearby helicopters, which sail into oncoming vehicles. I often spent hours setting up outlandish chain reactions, or trying new gear mods, knowing full well I wasn’t making any progress in the traditional sense. I was content to just sit back and marvel as it all happened.

But there’s a more thoughtful undercurrent as well. Despite the explosions and instant gratification throughout, Just Cause 3 also encourages experimentation and foresight, planning and careful approaches. The results are as rewarding as they are entertaining. 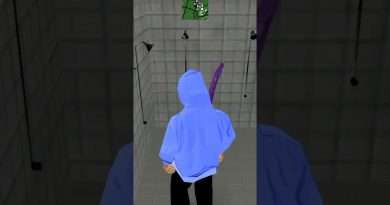 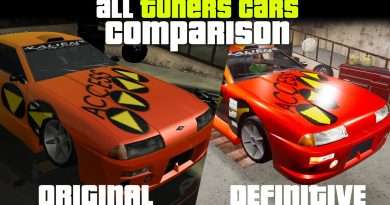 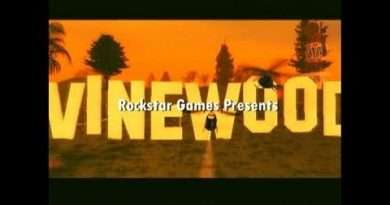