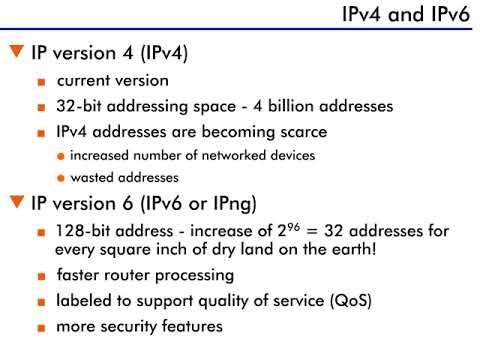 IP has gone through several changes over the years. IP routing requires that every networked device having a unique IP addresses to identify it. The current standard is IP version 4, and it has been used for quite some time. Today, however, there is a drive to replace IP version 4 with IP version 6, which has also been called IP Next Generation or IPng. The major difference between IPv4 and IPv6 is addressing space. IPv4’s 32-bit address system gives it about 4 billion possible addresses, and with the proliferation of networked devices – PCs, cell phones, handheld devices and so on – the world could theoretically run out of IP addresses.

In reality, it’s not that we are actually using all these addresses; the biggest issue is that addresses have been distributed very inefficiently. As an example, if a company needed 400 addresses they might actually be given 4,000 addresses. The ones they did not use would actually be wasted, as no one else could use them.

In any case, the available addresses have become scarce.

IPv6 takes care of this problem by increasing the 32-bit address to 128 bits. This is an increase of addressing space by a factor of 296 (or 4 billion times the number of IPv4 addresses). This is a difficult number to comprehend, so think about it this way – IPv6 has so many possible addresses that there are 32 addresses for every square inch of dry land on earth. So, with IPv6, running out of addresses will not be a problem.

The design of IPv6 also accommodates the increased utilization of the Internet as more services, like video and other real-time applications, become more prevalent. IPv6 packets have been simplified compared to IPv4 packets, and this speeds up router processing. In addition, IPv6 packets are labeled to allow for special traffic flow, or QoS, for priority applications like real-time video and voice. IPv6 also has more security features than IPv4, supporting authentication and privacy.

It is important to note that IPv6 is designed as an evolution of IPv4 – not a radical step away from it. Many features of IPv4 remain in the new protocol, and the two can generally interoperate, so the protocols will coexist during the transition to a complete IPv6 internetworking environment.
A couple of years ago, the need for the number of addresses offered by IPv6 appeared to critical; however, since then other protocols have been developed to more efficiently control address assignment and the need for IPv6 is not so critical. IPv6 will eventually get here; however, it will take longer than first thought. 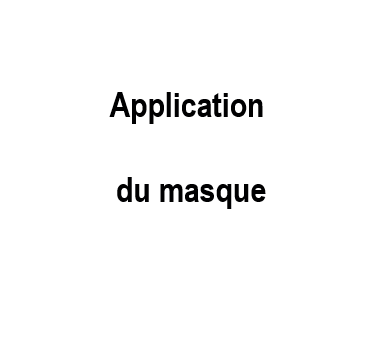