In this video we start off the desert missions. I will show you how to pass the first 3 missions for the guy who called us and didn’t introduce himself. Later on we have more missions for him, but technically they are for the airstrip asset.
• Monster: 00:39
• Highjack: 06:54
• Interdiction: 11:45
• Verdant Meadows (cutscene): 20:51
======================================
This is a real, 100% walkthrough of the game “Grand Theft Auto San Andreas” (or just GTA SA). I have beaten the game more than 15 times in the past. A few times to it’s fullest (100%). In 2008-2009 I was also a part of the GTA stunting community and DSS was the crew I was with. From that you can see that I have a lot of knowledge about the game. I hope you join me on this journey, I have a lot to share with you about it and I will show you everything you need to know.
I will complete all the main and side missions and show you the easiest and most fun ways to complete them.
======================================
Playlist: https://www.youtube.com/playlist?list=PLWcP0v_ML3Cv03COm8UKMMIyyUd4i6My5
GTA III 100% walkthrough: https://www.youtube.com/playlist?list=PLWcP0v_ML3Cu1odOnjLIQgBL1eMOaWmsQ
GTA Vice City 100% walkthrough: https://www.youtube.com/playlist?list=PLWcP0v_ML3CvYsI-NLhjaSVpqBna6_L8w
My Twitter: https://twitter.com/Badinfoss
My YouTube channel: https://www.youtube.com/Badinfos
======================================
More about the game Grand Theft Auto San Andreas:
Release date:
PS2 : 26th October 2004
PC : 7th June 2005
Xbox : 7th June 2005
Xbox360 : 10th October 2008
PS3 : 11th December 2012
Apple Mac : 12th November 2010
iOS : 12th December 2013
Android : 19th December 2013
More information:
Grand Theft Auto: San Andreas is an open world action-adventure video game developed by Rockstar North and published by Rockstar Games. It was released on 26 October 2004 for the PlayStation 2 console, and on 7 June 2005 for Microsoft Windows and Xbox. It is the seventh title in the Grand Theft Auto series, and the first main entry since 2002’s Grand Theft Auto: Vice City. It was released on the same day as the handheld game Grand Theft Auto Advance.
GTA San Andreas is similarly structured to the previous two games in the series. The core gameplay consists of elements of third-person shooter and a driving game, affording the player a large, open environment in which to move around. On foot, the player’s character is capable of walking, running, swimming (the first Grand Theft Auto game in which diving and swimming without drowning is possible), limited climbing, and jumping, as well as using weapons and various forms of hand to hand combat. Players can operate a variety of vehicles, including automobiles, boats, airplanes, helicopters, trains, tanks, motorcycles, and bicycles. Players may also import vehicles rather than steal them.
Carl Johnson is Grand Theft Auto’s most customizable protagonist due to the possibility in-game to change his clothes, tattoos, hairstyle, and even his body mass in which he can be fat, skinny, or muscular. Later Grand Theft Auto III-era games eliminated many of the customization, swimming, and climbing abilities enjoyed by CJ.
One aspect of Grand Theft Auto III (and the later Grand Theft Auto: Liberty City Stories) that is eliminated in San Andreas is the “Welcome to” screens, which often disrupt game flow in those games; in San Andreas, transition between areas occurs with no such interruption.
======================================
The game is developed by Rockstar North and published by Rockstar Games.
37136 / grand,theft,auto,grand theft auto,sa,gtasa,gta sa,san,andreas,vc. three,gta,gtavc,gta vc,classic,walkthrough,all,mission,missions,how,to,get,how to,pass,hard,worst,review,old,game,best,top,list,vehicles,rating,bottom,main,story,side,quest,weapons,location,locations,mainland,second,island,unlock,cheat,mod,character,characters,past,drive,escort,cheats,showcase,modded,run,problem,issue,fix,steam,new,pc,bad,can’t
gta san andreas 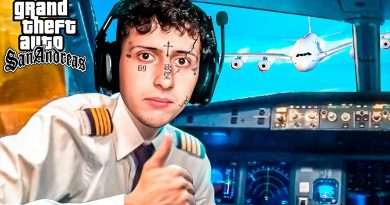 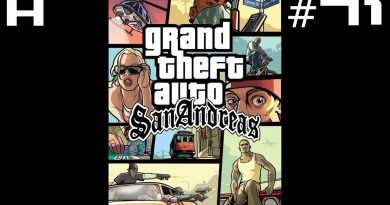 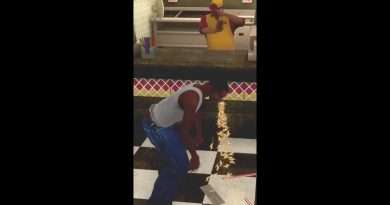